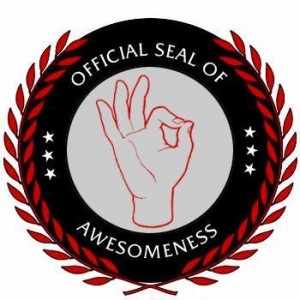 If you HAVE NOT applied the Rogers HTC Dream update fix yet then you are in luck! Thanks to Cyanogen there is a work-around that will allow you to get your data back online without you having to apply the root-locking crap that Rogers is forcing you to use.

What is the 911 fix work-around? You have to update your radio to the version that Rogers is looking for and then you will have your data back after Rogers sees you have “complied” with their fascist tactics. Â Here are the instructions for the Rogers HTC Dream Radio Upgrade on Cyanogen’s website.

If you HAVE applied the Rogers update fix and you want root access again… you should follow this thread within the XDA-Developers forum where they are currently working on how to get root back again – it is proving a lot harder than expected but these guys are VERY bright so I expect they will get it rooted soon.

A Little Background on How Roger’s Screwed Their HTC Dream Users
On January 24th, 2010 Rogers shafted all HTC Dream & Magic owners by turning off the data connection for all HTC Dreams & Magics until the owners’ had complied with an upgrade request from Rogers; an unprecedented, entirely inexcusable decision.The upgrade was requested to fix a known issue where 911 was not accessible when GPS was enabled; an issue 4 months late in getting fixed I might add. So, the upgrade seems innocent enough right? After all, Rogers is trying to protect us!

Yes, for those that had a HTC Dream that was unchanged from the day they bought it were in danger and the upgrade was extremely necessary. By making those HTC Dream owners upgrade Roger covered their asses very well. That said you have to remember which fascist corporation we are talking about here! Rogers also included a bit of trickery in the update which disabled the ability for HTC Dream owners to root their phones and customize them outside of Roger’s control – a perfectly legal act that they hate. ALSO, they conveniently left out the ability (or so they said) to manually turn data back on when a client called in with such a request – even if the client voluntarily waived that they understood the risks of the 911 issue (even though – as you read on – they were not effected by it).

So why would anyone want to bypass this safety upgrade from Rogers? Well the fact is, most, if not all of the savvy HTC Dream owners that have rooted their phones are not affected by the 911 issue and we were running systems far better than the update Rogers was trying to get us to install. Essentially Rogers was telling us to downgrade our phones when there was ABSOLUTELY NO legitimate reason to. Oh, and I would be remiss not to add that HTC announced that they will no longer provide Rogers HTC Dream users with updates to anything above version 1.5 … which means the update Rogers was forcing on us was meant to tie us down forever!!

What about Rogers support? I tried speaking to tech support until I was blue in the face and all I got was “sorry, we just don’t have the ability to turn your data back on manually – you have to update your phone!”

Now I have decided to tell everyone I possibly can about Roger’s deceitful, underhanded methods AND, as of this post I can proudly say that the modding community has bypassed Roger’s irritating attempt to control root users like myself.